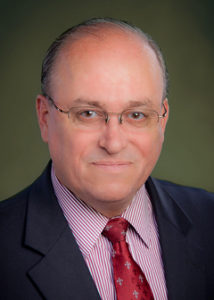 Mr. Duvall received his Juris Doctor degree from the University of Baltimore in 1990. For over twenty years, he has successfully represented business and individual clients in the Baltimore/D.C. corridor. Passionate about providing thorough and highly personalized service, Mr. Duvall works with clients to achieve both protection and planning for the future.

The Duvall family first came to the Annapolis area from France circa 1655. While family lore recites that Mareen Duvall “the Emigrant” came to the colony as an indentured servant, public records show that Mareen Duvall, Esquire acquired his first tract of land by patent from Lord Baltimore in 1659, originally called “Laval” and now located in Davidsonville, Maryland.

One hundred years later, Judge Gabriel Duvall (1752-1844), a close friend of Thomas Jefferson, served as Comptroller of the United States Treasury and later as Associate Justice of the United States Supreme Court, appointed by James Madison and serving from 1811 to 1835.

Jumping ahead another century and a half, C. Osborne Duvall, Lindsey Duvall’s father, served Anne Arundel County as its States Attorney, participating in the original case which developed into the landmark 1963 Supreme Court decision of Brady v. Maryland.

While the achievements of his antecedents are noteworthy, one of Mr. Duvall’s favorite sayings is that “It’s better to be a good ancestor than to have them.” That said, clients of the Duvall Law Firm enjoy legal representation by an attorney who possesses a keen sense of family, stability, and the understanding of what it takes to lay a foundation for those who come after.